This year started well. On January the 3th 2008, there were big waves and a strong wind on the sea in Carro, France. When there were a few surfers on the water, we made us ready to surf. I took my 3.7 Legend (Maui Sails) and Rebel 83L (F2). The waves were very big for me. I had never surfed before in such big waves. Sometimes they were more than 5m high. It was a very nice day! And now... I love big waves! 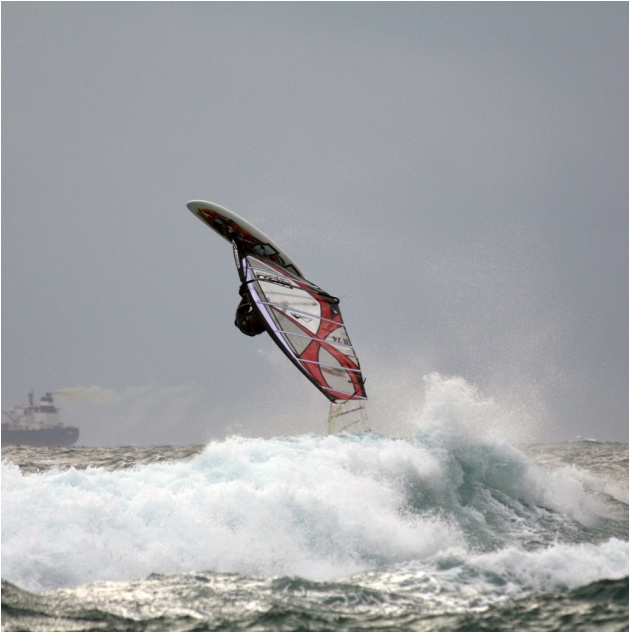 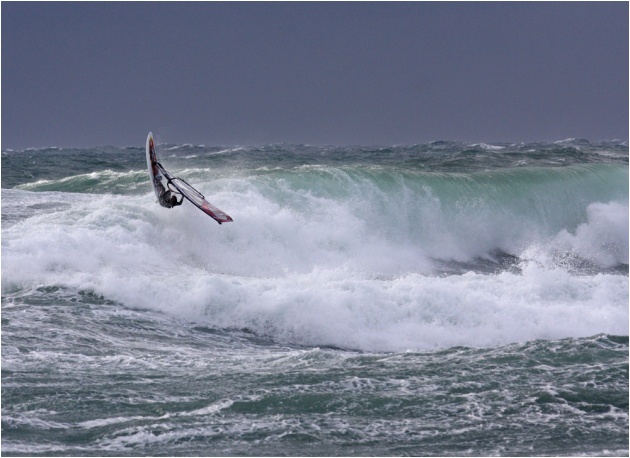