About a week before the contest you start seeing a trend in the weather and the forecast was light for the freestyle, setting up to increase for the start of the Slalom discipline. Its pretty much the perfect scenario when there is light wind before the contest, because at one stage it will pick up when you are in a place like the windiest island of the canaries! The first day started off slow and it took long before the air changed from still and stagnant to the point of rigging up with 06-12 knots on the course around 2 pm. It was enough to start running heats and we got a result in the bag that day. I almost made the final but had to settle for the losers final. I had my mind set on the perfect start, and with a 9th place managed to reduce the damage, by now I am already on 7.6 and powered up big time.

After a good nights rest the new day started similar with no wind, but it wasn't as cloudy, the clear skies and an improving forecast showed signs of hope, and with the incoming tide came the wind again early after lunch. This day turned out a good one for me, on the 7.6 I managed to finish in 4th place and for the afternoon round the wind picked up quickly and strong. Soon I was on my favorite sail the 6.3 and the final would be sailed without Bjorn or Antoine, the wind turning more off shore made the water smooth as, the 85 Falcon was cutting the water like a knife through butter! The race crew specially changed the course to right underneath the spectators and the start up close made it a fantastic race. I came with a lot of speed all the way up top and arrived side by side with Cyril at the first mark. As he was down below he could choose his line around the buoy, and it being quite a short course I ended up following him around for second with a couple attempts to overtake. After this day I was in second overall. 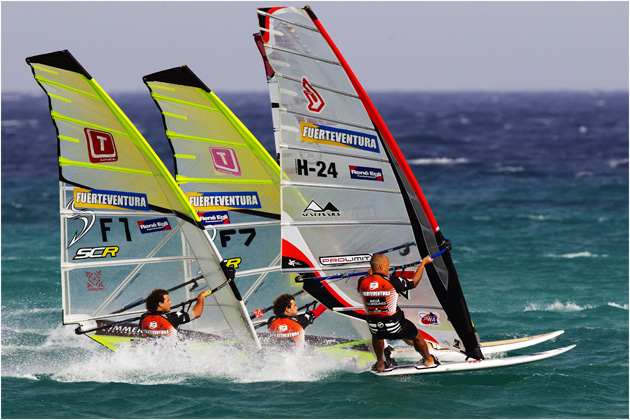 The next day came a big disappointment when I failed to qualify out of the second round but I did score a 3rd place final in Race 5 in the afternoon. My eyes where on the next day, for we already started the first heats so it would be easy to finish 3 rounds, race 6,7,8 where to be sailed with possibly big consequences. We woke up in the morning to a howling NE trade wind fueled by a deep Low pressure system over West Africa to the east, and a massive High pressure system covering most of the central atlantic basin. Disaster stroke as 2 consecutive times I failed to qualify for the semi finals in the hi wind, which is when normally I am in my element. I needed to change something, I was sliding down the ranks. In an act of desperation to deal with this nuclear wind I took 3 carbon rods and used them to replace normal tipped battens 3,4 and 5 of my small sail 5.5, killing some of the power and profile in the top half of the sail to combat the fierce conditions that were going on outside the tent. 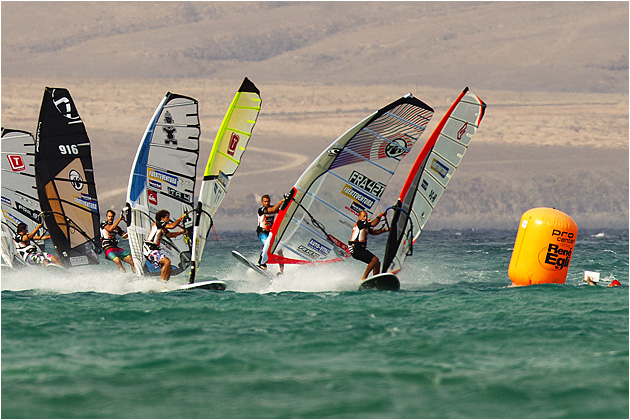 During lunch I was sailing to test the result of this experiment and I found that I gained soo much control and stability in the 45 knots of wind, wow it worked!!!!! And so it happened that in the last round of the day I finished once more in 3rd place for the final and bringing me back to 5th overall. Now I was feeling on top of the world, hoping to get the same conditions again the next day!! But it wasn't meant to be, when coming back from dinner in the evening I found my friend and room mate Finian sitting on the balcony: the wind that had been sending the palm trees swinging dropped right down to virtually just a little breeze. 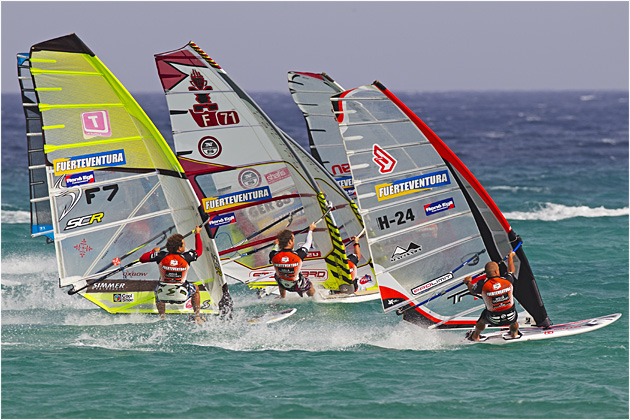 The last day marked the sprint after the marathon, the last meters..... 2 more races to be sailed, but having the kind of discards like mine, pressure was on to deliver only top results in order to keep a reasonably good ranking! So it happened that in my 2nd round, the race got cancelled having had an amazing start, and arriving at the 1st mark together with Steve in qualifying position. The restart off this heat wasn't so great, my gut feeling was someone went over early but they didn't send the general recall flying as expected. And now I was the victim of that 20 degree wind shift under the big hotels, and barely made it over the line, fighting back to 5th one spot short of qualifying, and the race stayed valid. What a disaster. The flukey conditions worked against me, the 9th place in the last race was only more salt in the wound having too many points, and therefore finishing only 8th in the event. 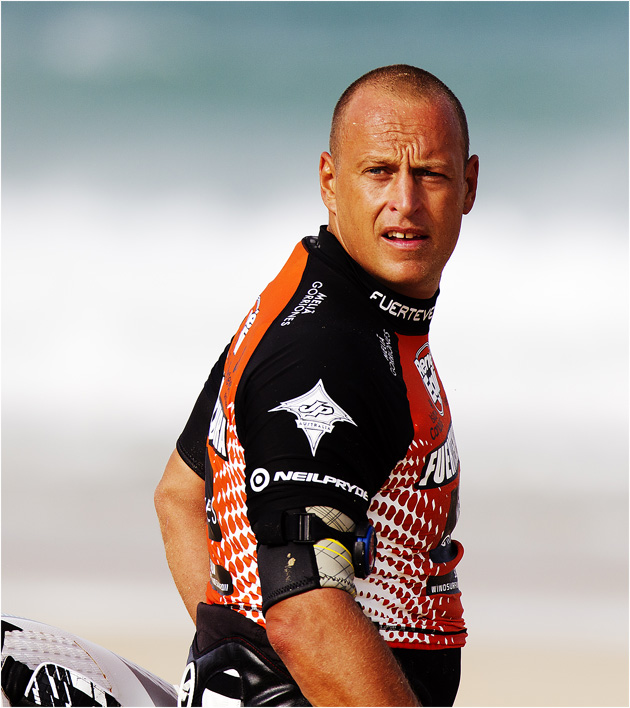 Having had some time to think it over, I am still happy with this result and really performed at my best in this event. It's enough to put me in 6th overall for the year at this present with 2 events in Turkey and Sylt to go. I think it proves the improvement of the TR-7 sails and also the incredible performance of Taty shows we are competitive.
Good winds! 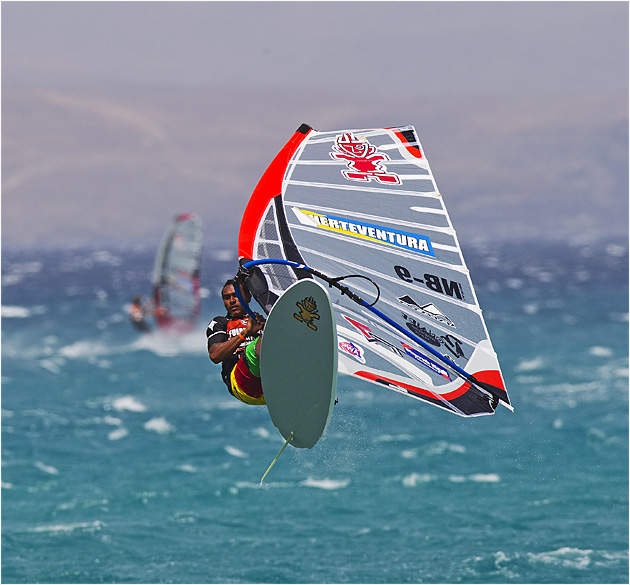 2012 Wave and Freestyle for crossing the Galactic Center